Skip to content
We are open! Read about NGCL Covid-19 precautions here.

No two locks are made the same, some a have anti intruder features, some are higher security, but it can be hard to know which Locks are the best. One way to know what security a lock holds is to look for the British Standard kitemark.

What is British Standard?

British Standard is a measure of quality that gives recognition to a product by the relevant authorities. Often signalling a higher quality product, the British Standard Kitemark can be seen stamped onto the product allowing for easy identification. 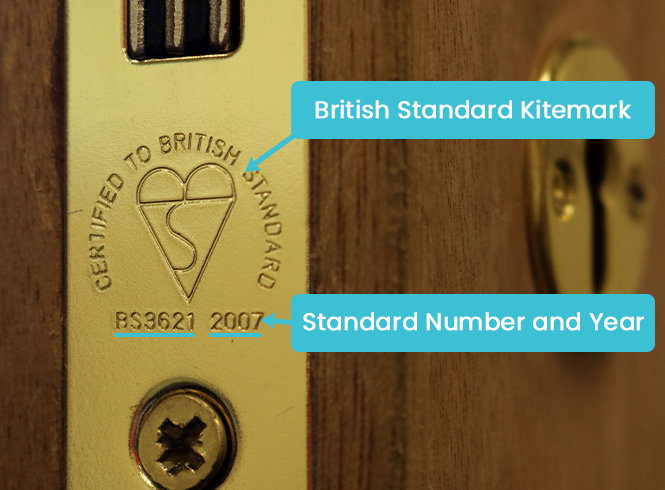 What is the Difference Between BS and BS:EN?

This specification of lock is to identify those that are theft-resistant and are often the minimum requirement asked for by insurance companies if they have lock requirements.

Go Compare warn that the BS3621 certification can be required by insurance policies to be the minimum security level for exterior wooden doors.

Another certification that is common is the TS007, this specification is often used alongside the British Standard Kitemark to provide high security products. The TS007 rating is a system to ensure that you have protection against the most common methods of attack: drilling, picking, snapping, bumping and plug extraction.

Whilst other BS Kitemarked cylinders will provide your home with some resistance against some or all of these techniques, the TS007 system is the most effective way to secure your home.

TS007 is a technical specification that uses stars and a third party identifier, most commonly the BS Kitemark, to provide a mix and match approach with interchanging cylinders and hardware to achieve a minimum level of security.

Developed by the Door & Hardware Federation and the Glass and Glazing Federation in close partnership with Secured by Design, the TS007 allows for different products to be match together in order to secure a home.

When applying the TS007 system to your home, it is always recommended to reach 3 stars overall.

Mostly for hardware, a 2 star rating is given to hardware that offers protections equivalent to the PAS 24 test and where applicable is tested in line with the European handle standard EN 1906:2010.

To gain a 3 star rating a lock must meet the requirements of the 1 star rating and provide protection against attack, similar to the PAS 24 cylinder test, without any protective hardware.

With TS007, you want to reach a minimum of 3 stars. You can do this by mix and matching different security products. 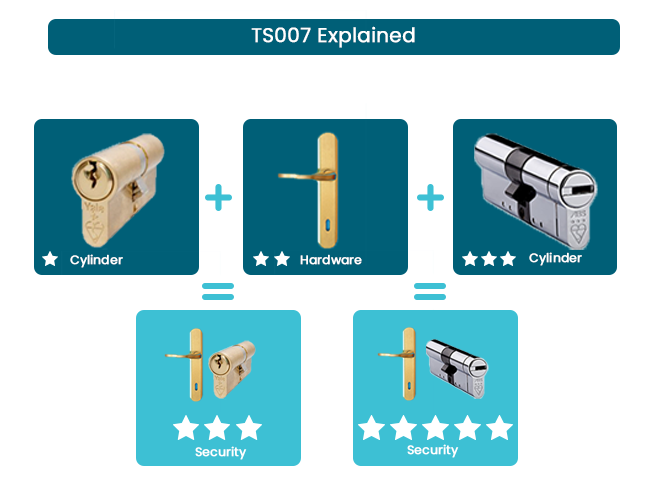